Sotiris Lazou design studio is based in Athens and was founded by Sotiris Lazou and Viky Gkliati in 1995. We specialize in Industrial Design and also in Interior Architecture. Sotiris Lazou studied at the University of Western Attica, earning a BA in interior architecture. He completed his Master’s Degree in Industrial Design at Domus Academy MA. Learning under sacred design monsters such as Andrea Branzi, Alessandro Mendini, Antonio Citterio etc. Sotiris treats all projects with a holistic approach, relying on archetypal forms, aspiring to be timeless. With each project, his inspiration comes from different stemming ideas. Stating that his work is not only a way of life and expression, it’s also an integral part of his life. He earned a Good Design Award in 2008 for the “cosmos”. A table produced by Varangis, is located at the Atheneum Museum of Chicago. The “cosmos” was also a Nominee at the German Design Awards. Produced by al2, he designed an innovative table, the “vintme 2” that in 2014 was a nominee for yet another German Design Award. He again earned a Big See award in 2018 for the Woogy doghouse. His motto is “Lets do the Greek design International”. He designed more than 350 items (mainly furniture) for Greek export companies with the majority being al2 (more than 120 ‘furniture), that were exported to over 30 countries worldwide. He has participated in major international exhibitions such as Salone del Mobile, IMM Cologne, 100% Design, and The Hotel Show Dubai. He has taught for almost 20 years at AKTO College and to the University of Western Attica. His works and interviews have been published in many Greek and foreign journals. 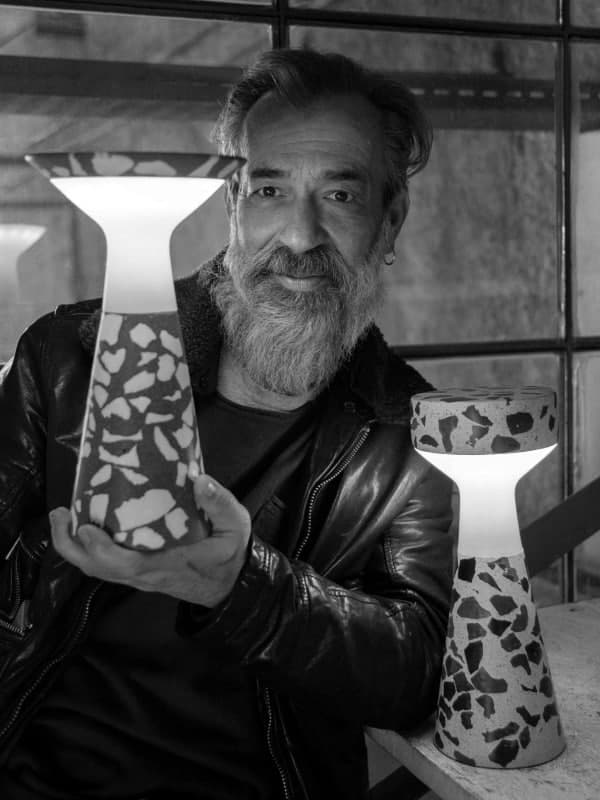